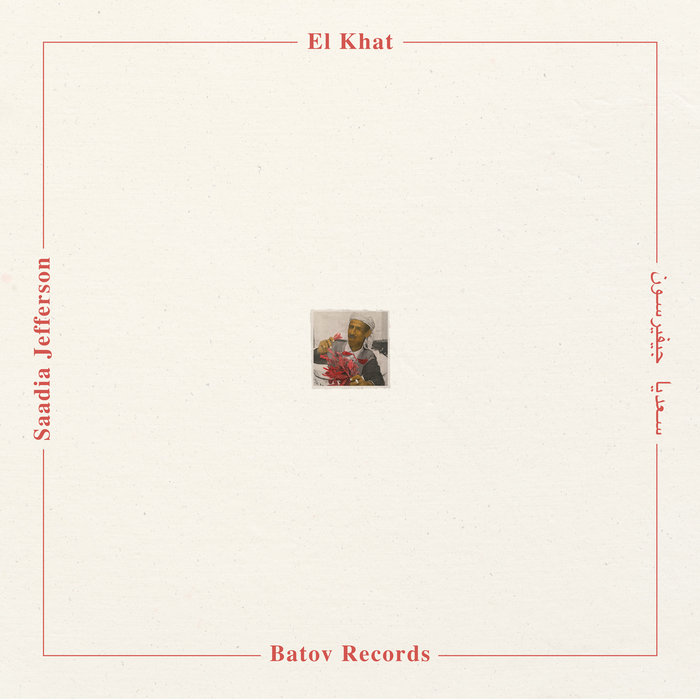 vlaci Tough to pick one favourite track, the whole album is superb!
They gave an absolutely astonishing performance on Malomfesztivál in Orom Serbia back before the great pandemic in 2019. I have them in my heart since then. Had the pleasure to meet them and hang with the guys. Hope to see them once again live. Favorite track: Balagh Al Achbaab - بلغ الاحباب.

DJ Kobayashi When I heard El Khat in the first time I knew that the album is gonna blow my mind! Favorite track: Ya Raiyat - ياراعيات.

“This sounds like a Middle Eastern Manu Chao...one of the most original albums of the year in any genre”
Songlines ★★★★

“The sound is a glorious, ecstatic clatter”
Financial Times ★★★★

“This is crazy music indeed, but crazy with a kind of wayward vitality, a sound universe all of its own...full of strange and wonderful beauty”
The Arts Desk ★★★★

“A ramshackle interrogation of Yemeni funk and pop sources filtered through invented and junk-made instruments, and played by a poly-glot group with roots in Iraq, Poland and Morocco”
Wire Magazine

“This is crazy music indeed, but crazy with a kind of wayward vitality, a sound universe all of its own...full of strange and wonderful beauty” Artsdesk
“El Khat take Yemeni folk songs and transform them into vigorous psychedelic stomps...an exciting new discovery”
Uncut

“I love this!”
Chris Greenwood (Groovalizacion)

“Its insistent rhythm gets inside the core.
Loving this” John Warr (Totally Radio)

"To listen to Saadia Jefferson is to experience a snapshot of the cultural crossroads that meet in Yemen, be it the wider connections throughout the Arab Peninsula, the global reach of Hadrahmout, or East African migration and the rhythmic influence of the Swahili coast. The album is a beautiful re-interpretation of the traditional sounds of Yemen which El Khat makes entirely their own. To hear updated versions of tracks I was lucky enough to find in Sana'a, the country’s capital takes me back to a poignant time of musical education and discovery, as well as serving as a stark reminder of the current suffering of the Yemeni people caught in the crossfire of geopolitical conflict."
Chris Menist, NTS DJ and compiler of Dust to Digital's 'Qat, Coffee & Qambus: Raw 45s from Yemen' of which these tracks were inspired by

Hover over the tracks and you can pick out certain influences such as Omar Souleyman and dabkefolk characterised by trance-inducing chants (Wahed Mozawej), the searing Ethiopique organ of Mulatu Astatke (Ala Jina Nuhayiykum), and the unashamedly sing-along choruses of Bowie or McCartney (Balagh Al Achbaab), but the over-arching concept within Saadia Jefferson is Eyal's sense of identity, or lack of it, as a Yemeni living in Tel Aviv.

The album is the rewards of a self-imposed mission to discover Eyal El Wahab's Yemeni roots.

Bandcamp Daily  your guide to the world of Bandcamp